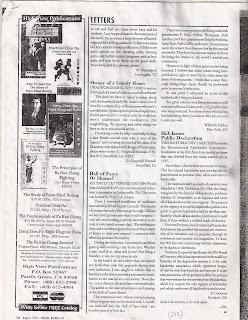 The year: August 1994 The magazine: Inside Kung Fu. I wrote a letter that was 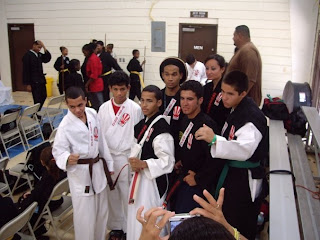 published in the Martial Arts Insider magazine.
The letter was titled "Hall of Fame or Shame". Reading the letter will give you a better idea of what I'm speaking of.
After corespondance from St. Croix, I received a phone call from a Joshua Espinal and made plans for him to visit the Nisei Goju Hombu Dojo to train in Nisei Goju system for only a week. I recognized his 2nd degree black belt rank. I had learn much later that he had already accepted a 5th degree black in karate and he was co-founder a martial art style called Kaze Senshi. After I googled the name, I found that the name came out of Manga. That's basically a Japanesse Anime (cartoon). I also found Japanesse lyrics from Kaze No Senshi (Song). What a way to name a martial art system. Awarding a young man such a rank was and still is a disservice to the Martial Arts. As for the so called masters who did the diservice, you know who you are, shame on you.

Last year I was approach by one of the grandmasters I knew in the US Virgin Islands, who told me that Mr. Espinal was wearing a fifth degree black belt and my insigner. The photo above shows Mr. Espinal in the middle wearing a Renshi 4th or 5th Dan rank (red and white belt) that I did not approve of. These kinds of ranks are held by older men and not young boys. That's right, in my humble opinion, he was and is still too young for such a rank.
In his desire to achieve notoriety in the martail arts, he has lied to the entire martial art community about his real affiliation with Nisei Goju. He has lied to the people of St Croix and as well as his own students.
This past year he came to New York realizing his error, he said he would rectify the situation. Another lie, as he never corrected his mistake to the public. It was during his last trip to New York City that I realized that he was an incompetent practitioner of the arts.

I can honestly say that I made a mistake in recognizing him as a sensei in the art that I hold so dear. This past week I received another call from this impostor, saying "you no longer have a Nisei Goju Group in St Croix, thanks for your help".
I can only wonder what other untruths he has spoken about his life in the military, as well as the martial arts. So, he did not destroy the documents of his fantasy nor his renshi obi (5th Dan red and white belt) as he said he did. The best thing he did for Nisei Goju Ryu was to leave and restart his fantasy. I told him to build a reality and not a fantasy. He couldn't even do that right.
So, Espinal, all I can say is, you have disgraced the martial arts and "MAY THE FARCE BE WITH YOU"

Next Blog will be about the new Nisei Goju group in St. Croix
Click on images above to enlarge. 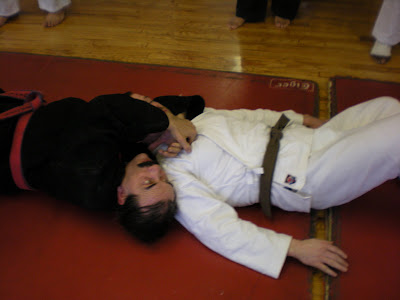 Respects and best wishes to those who travel east and do the work of the Grand Architect of the Universe.
The next adanced class will held on Sunday, June 28, 2009 at the Hombu Dojo of the Nisei Goju Martial Arts Systems. Open to all martials artists with brown belt and above. Class cover falling skill, throwing tecniques, locks, and the practical application inherent in the goju katas. There will also be a question and answers session. So come and learn and share knowledge. For information call me at the Nisei Goju Ryu Martial Arts World Headquarters at 212 674 - 6477. Looking forward to seeing you there.

This weekend we'll be going to the NYC CHALLENGE INVITATIONAL in Brooklyn , New York. for information http://www.rullangojuryu.com/ and click on EVENTS.