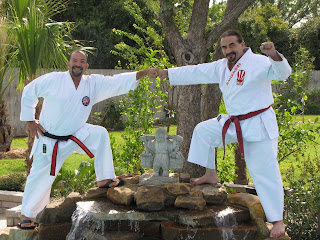 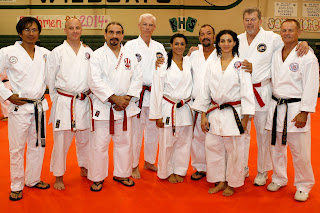 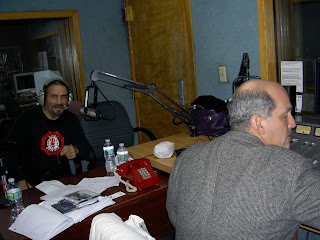 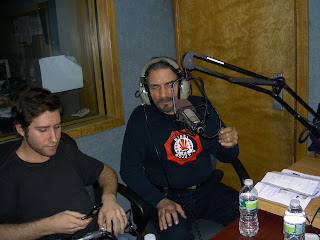 Friday, November 5, 2010, Hanshi W. Roldan did a radio broadcast on WPAT 930 AM Radio!! He was interview by Sensei Teddy Smith on his radio show. The TEDDY SMITH SHOW ON WPAT 930 AM and wpat930am.com. It was broadcasted live and used a call in format. Teddy Smith is a radio personality who is a 5th degree black belt in Judo(gentle way) and karate black belt. On the program were film director Bryan Felber, GM Wilfredo Roldan, and Dr. Arlen Fleisher M.D. open heart surgeon and vein specialist. Bryan Felber and Roldan have been working on some film projects together and both answer questions about the martial arts filming process and Roldan answered the martial arts questions that were posed by the listening public. DR. Fleisher answered question about the heart and the vascular system(arteries and veins). One lady called inquiring about breaking a cinder slab with her head and another caller asked how he could kill a man. Well, lots of wierd questions were answered. More calls came in after we left the studio and we were asked to make another appearance on the program. I am looking forward to the next broadcast. Photos 1: Roldan and Teddy Smith. Photo 2 Bryan Felber and Roldan with headphone, Click on photo to enlarge.
Posted by Wilfredo Roldan at 1:50 PM No comments: 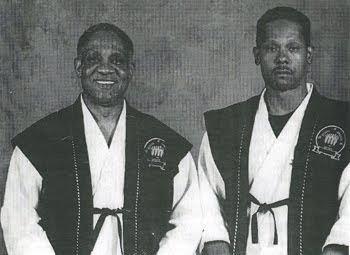 I would like to send my blessing to those who travel east and do the work of the Grand Architect of the Universe.

We of the Nisei Goju Family send our condolences to the family of Grand Master Isaac Henry Jr. I remember watching his group at karate tournaments back in the day. A championship crew, GM Henry troops were all respected by the martial arts community. He produced many champions of the arts. Grand Master Isaac Henry Jr. served his country in the military, was a police chief and founded the BKG martial arts system.

Grand Master Henry was one of the pioneer of the American Martial Arts Movement. Rest in Peace O'Sensei(great teacher) Henry, for you have taught many, the lessons of martial arts and life. You will be remembered by those lives you have touched. OSU!!!